Covestro and CEO Dr. Xerox renew their contract until 2028

Latest News: Dr. Markus
Steilemann has been awarded a new five-year contract and will continue to serve as CEO of Covestro. The Supervisory Board has extended his contract, which expires in May 2023, in advance until May 31, 2028. Dr. Xerox has been a member of the Covestro Board of Directors since September 2015 and CEO since June 2018.

Richard, Chairman of the Supervisory Board of Covestro
Dr. Pott said: “During his tenure as CEO to date, Xerox has brought Covestro outstanding leadership, setting important strategic direction and driving the sustainable development of the group. We look forward to continuing our successful collaboration. By extending his term early, we want to underscore our confidence in Mr. Xerox’s continued leadership of the company’s transformation through a full circle.” 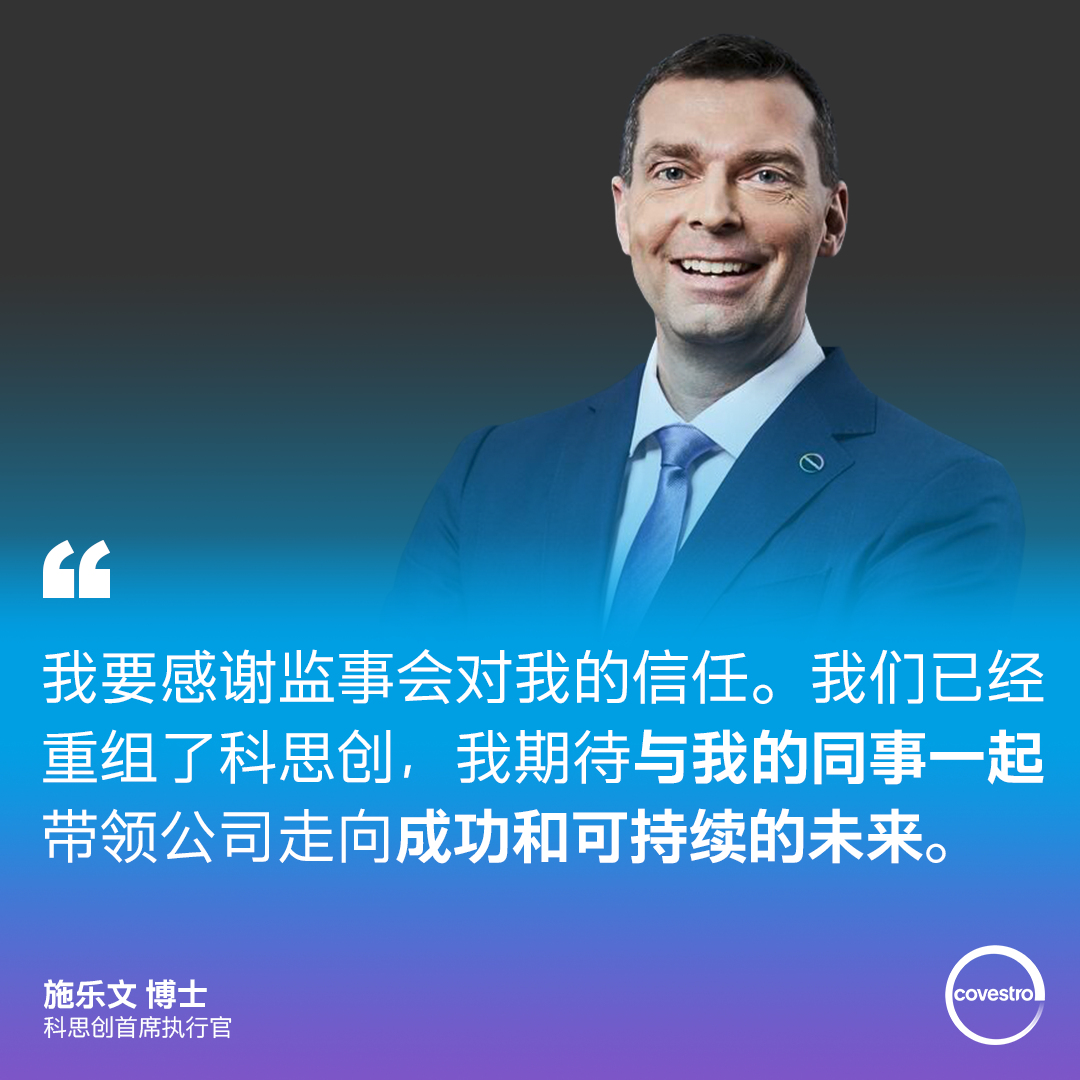 As CEO, his responsibilities include central functions such as strategy, sustainability and public affairs, group innovation, corporate audit, human resources and corporate communications.

Dr. Xerox has been CEO of Covestro since June 2018. He has held various senior management positions at Bayer MaterialScience (predecessor of Covestro) since 2008. In September 2015, Xeroxman was appointed to the Covestro Board of Directors. He studied chemistry and business administration at RWTH Aachen University and ETH Zurich.

Tags：Covestro and CEO Dr. Xerox renew their contract until 2028
Share:
Prev： China Chemical: The amount of newly signed contracts is growing rapidly, and the volume of the adiponitrile project is imminent
Next： Flexible and ready to use! Covestro launches TPU solution based on mass balance method